Being known as the Apple of China, Xiaomi is no more considered as the starters as the China’s largest and popular smartphone company is all set to enter the US Smartphone market in the coming time as reported in an interview to Bloomberg by the company’s Vice President, Hugo Barra.

Xiaomi will simply implement the similar tactics that it had used to expand it self in the other competitive markets such as India, by marketing themselves strategically on social media and other mediums, Hugo Said. “The US is a market that we definitely have in our sights,” Barra said on Bloomberg Television. “We will lead with social media, with the channels that allow us to get in touch with the young generation that are enthusiastic about new technology. We are definitely going there.” 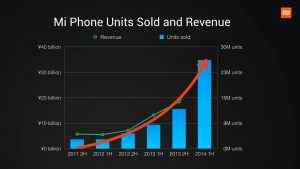 Xiaomi’s US launch has been talked since back in June, when the company announced a partnership deal with Microsoft in which it cross-licensed some 1,500 patents that could help with its US expansion. And Xiaomi’s Mi Store already offers various non-smartphone products in the US (via Zdnet).

Entering the US market which is also the world’s biggest market is quite sensible move for the Xiaomi. Keeping in mind the tough competition the company is facing in the recent times by its home competitors. Xiaomi’s shipments have tumbled by 38 percent in China for the quarter ended June 30 compared to the same period last year as Huawei, Oppo, and Vivo strengthened their positions in China.

Xiaomi, which was unknown outside China a few years back is now one of the most successful mid-ranged smartphone manufacturer in the World. Thanks to its beautifully crafted handsets that costs less than US $400 and gives you the premium specifications as that given by the Apple and Samsung.

However, breaking into the Apple and Samsung dominated US market will be a big challenge for Xiaomi, as the company mainly operates via online retails. So, the limited experience with carrier distribution could pose a huge threat for the company.