As reported earlier, Lenovo’s upcoming smartphone, Moto Z Play got certified by China’s TENAA. the country’s FCC equivalent. The device with model number XT1635-03 has all the characteristic physical features of the the Z models, the Moto Z and the Moto Z Force, including the square fingerprint sensor, camera hump and magnetic connectors on the back.

We’ve already seen a few leaks, but this time, we also get a glimpse of the white variation. Moto Z Play is back again with even more photos, and it is a stunning device as you can see below: 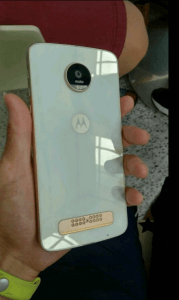 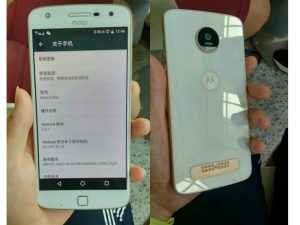 Design wise, the Moto Z Play is much likely as similar as the Moto Z and Moto Z Play. The device has fingerprint scanner on the front as home bottom and a huge camera bump at the back of the device. But it is expected that the Moto Z Play will be made of either plastic or glass instead of aluminium. Well, its better to be in a glass rather than a plastic. Also, the MotoMods will be compatible with this phone too.

The Moto Z Play will have a 16 mega-pixel rear camera that can record 4K videos and a 5 mega-pixel selfie snapper. The device will be backed with a 3,510 mAh battery and will run on Android 6.0 Marshmallow OS. With so many leaks bounding the arrival of the phone, we expect that the Moto Z Play will become official soon.

Read: Moto Z Droid and Z Force Droid now available in US, likely to come in India in October