Speculations are high that Google will launch the new HTC based Nexus 2016 smartphones in an upcoming event on October 4. It is also reported that both the smartphones, which were earlier reported to be HTC Sailfish and HTC Marlin will now be unveiled under the Google’s new Pixel branding and will be named as the Pixel and  Pixel XL. Now, as per the recent reports, images of the HTC Sailfish (Pixel) smartphone has bee surfaced online, thus revealing the final design of the smartphone. 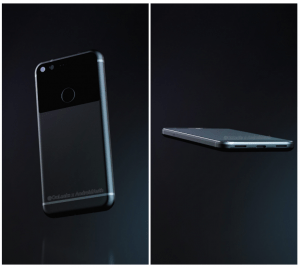 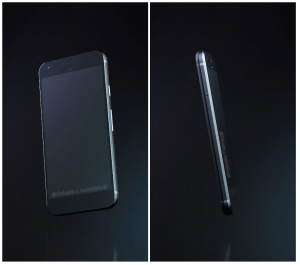 The new images gives us good idea of what we can expect from the design of smartphone. Based on these renders, the phone’s power button and volume rocker will be located on the right side of the device, and the left side is bare except for the SIM slot.

The Pixel (previously known as HTC Nexus Sailfish) is expected to come with a 5-inch full HD (1080p) display. The smartphone will be powered by Qualcomm Snapdragon 820 chipset, 4 GB RAM and 32 GB internal storage. The smartphone will also have a fingerprint sensor at the back, USB-C port as well as a top mounted headphone jack. The handset will have support for Bluetooth 4.2 connectivity and is backed by a 2,770 mAh battery. It features a 12 mega-pixel rear camera and an 8 mega-pixel front camera.

The HTC Nexus Sailfish (HTC Pixel) is expected to be launch on October 4 along with the HTC Nexus Marlin (HTC Pixel XL). Both the smartphone will run on Android 7.0 Nougat OS out of the box.

Apple could develop a more expensive one iPhone “Ultra”

Apple could develop a more expensive one iPhone “Ultra”